Series 9 started with one confusing story which for me would take to long to explain. Also, it’s a two part story and I will warn you now that I am about get a little critical. The stars are once again are the Doctor and Clara. Peter and Jenna are …

On the 20th September, the BBC released the trailer for S11 of Doctor Who on the Internet Here is the trailer The trailer included the classic “I’m the Doctor”, from Jodie Whittaker as the Doctor with “When people need help, I never refuse!” A bit of the quote reminds some … 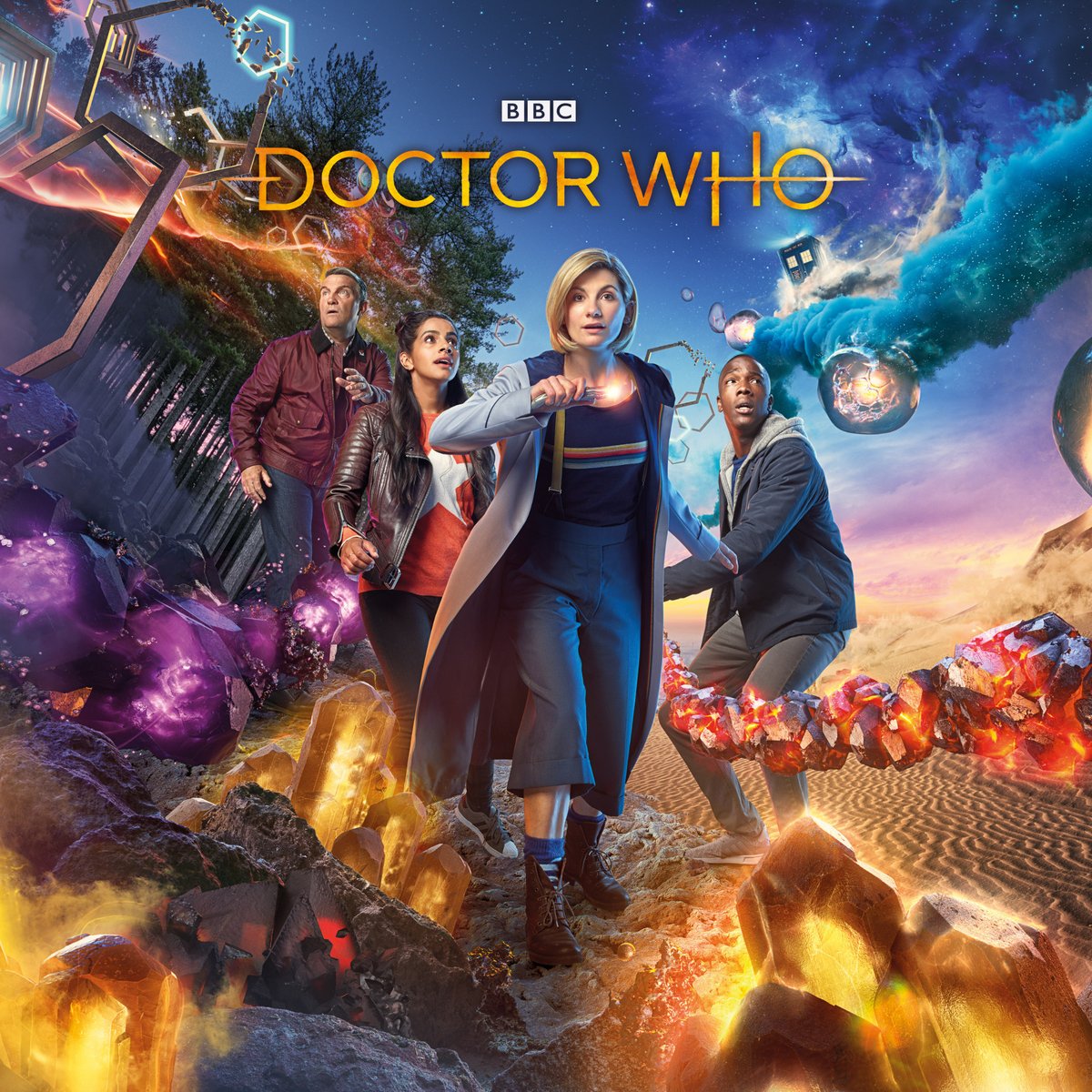 Hi! I am now going to choose 7 things to look forward to in S11 of Doctor Who 7. New Showrunner Chris Chibnall has had a big break since his last story for Doctor awho but Broadchurch has given him the opportunity to rub a show before doing Doctor Who. …

Peter Capaldi began his tenure with Deep Breath. This was a post regenerative story where the Doctor and Clara Oswald crash in Victorian London via dinosaur and the Doctor now Scottish acts strangely and join forces with the Paternoster Gang to investigate the disappearance of people which are cause by …

Less than 3 weeks to go but they are finally up to some promotion but they are not spoiling to much or are they?

Jodie will be promotion S11 on the Graham Norton Show next week on the 28th September where she will be with Popstar sensation Lady Gaga and her new film co star. A day later, Jodie will be appearing on the Dermot O Leary show on BBC Radio 2 on Saturday 29th September.

At the start of Tuesday 18th September, the BBC released a promo picture of Jodie, Mandip, Tosin and Bradley as the Doctor, Yasmin, Ryan and Graham.

They also announced that Episode 2 would be called The Ghost Monument which I actually like the title of.

These are the two sypnosises released

The Women Who Fell Down To Earth by Chris Chibnall

Airs On The 7th October

We don’t get aliens in Sheffield. In a South Yorkshire city, Ryan Sinclair, Yasmin Khan and Graham O’Brien are about to have their lives changed forever, as a mysterious woman, unable to remember her own name, falls from the night sky. Can they believe a word she says? And can she help solve the strange events taking place across the city?

The Ghost Monument by Chris Chibnall

Airs on the 14th October

Still reeling from their first encounter, can the Doctor and her new friends stay alive long enough, in a hostile alien environment, to solve the mystery of Desolation? And just who are Angstrom and Epzo?

Mark Tonderai is the Director and this was filmed in Block 2.

LGTB to occur in Series 11

Matt Strevens and Chris Chibnall have announced there will be LGTB for on eof the TARDIS crew despite no romance for the TARDIS crew, one of them which is possibly either Ryan Sinclair or Yasmin Khan who twitter users are thinking is the most obvious to use from her scene in the first teaser.

I was disappointed last series because the writers made it a big thing which was not a good thing despite Pearl Mackie saying that “It shouldn’t be a big deal” in her interview with BBC News in March last year. Personally, they should have stuck with Stephanie Hyam’s Heather from the start and not killed her off but they tried it with Penny and it didn’t last which was another disappointing outcome but I have to give them credit and they kind of got back together but still think they shouldn’t have been killed off. Pearl did a great job but it’s important that it doesn’t make others who don’t approve of be more comfortable about it and that is the thing to improve on in S11.

I think they have to up their game this year because it’s very important they don’t make the same mistake and with Sheffield being in a few episodes, it looks like it’s going to be the same interest so that is a promising thing.

As much as I think it should be a Male this year as they had a female last year but I think it will be a female this year. I am ok with it but I need them to prove to me again that LGTB can work so please make it better this year.

I love that people are getting behind it an that is a good sign but I still think that it has to be great for me to approve of LGTB.

This is the link to the announcement below

Radio Times has an exclusive this week where Chibnall will talk about S11. He has written 9 words to do with S11 and they are

Here are some of my guesses

The Ux are definitely an alien

Kandoka’s Moon is either a planet or a moon

Umbreen and Robertson and possibly Epzo sound like actual names.

The others I don’t know but I rather wait for!

This started a series that was spread throughout 2012 and 2013. The story was about the Doctor, Amy and Rory were forced to enter the Dalek Asylum and destroy the planet with all of them inside it which was a deadly mission. They are guided by survivor of the Alaska …

Less than 4 weeks to go till Jodie Whittaker will have her first appearance as the Doctor and the promotion is starting to come out but what are they doing. Breaking the glass teaser After the BBC forcing fan sites to take down information for something they could have avoided …

Series 6 started very strong with the first two parter since Attack of the Cyberman in 1985. It’s one for my favourite openers, sorry Twelve fans. Its lovely, comic and emotional and starts of a story arc which I am unsure about. The episode is quite complicated but I feel …

.Doctor Who S11 will begin on Sunday 7th October. This is a change from Saturday nights where the show usually airs. Chris Chibnall has stated in a press release, “New Doctor, new home! ‘Jodie Whittaker’s Doctor is about to burst into Sunday nights — and make the end of the weekend …