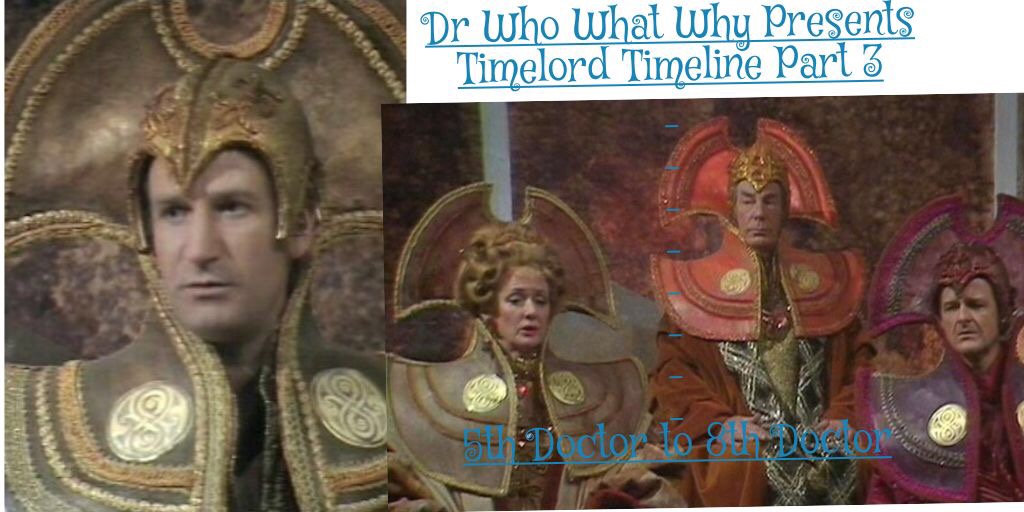 Last time, I discussed everything from the Academy to the Sontaran’s attempted invasion of Gallifrey

Omega attempted to mess with Doctor’s DNA to return back to the real world which got the Doctor into trouble with the Time Lords who attempted to have him executed but in the end Doctor was manage to escape and stop Omega.

Later on, Lord President Borusa attempted to gain immortality by activating the Death Zone and sending the Doctor’s out of time to clear his way and using the Master which attempted to gain it too but only got as far as the Tomb where he was defeated by Brigadier but the Doctor’s worked it the inscription at the Tomb before Borusa arrived and the first Doctor got the riddle warning his current incarnation that it was “Out of their hands,” and encountered Rassilon’s spirit, Borusa claimed immortal but was placed as ahea dwith the others who attempted to claim immortality and stayed their forever.

The Time Lords placed her Doctor on trial for transgressing the first law of time and the Valeyard attempted to interfere to make him look guilty and end up losing his life for him to live. However, the Master manage to slip into the Matrix and expose the Valeyard’s motives by sending. Mel Bush and Sabalom Glitz as witness and also wanting to eliminate the Valeyard. The Doctor learned that the Valeyard was attempting to eliminate everyone in his trial but luckily Mel warns tInquisitor Darkel and everyone to escape with the Doctor stopping the Valeyard’s plan and being cleared of all charges. The Valeyard escapes and take the role as Keeper.

The Timelords entrusted the Doctor by taking the Master’s remains after being executed by the Daleks.