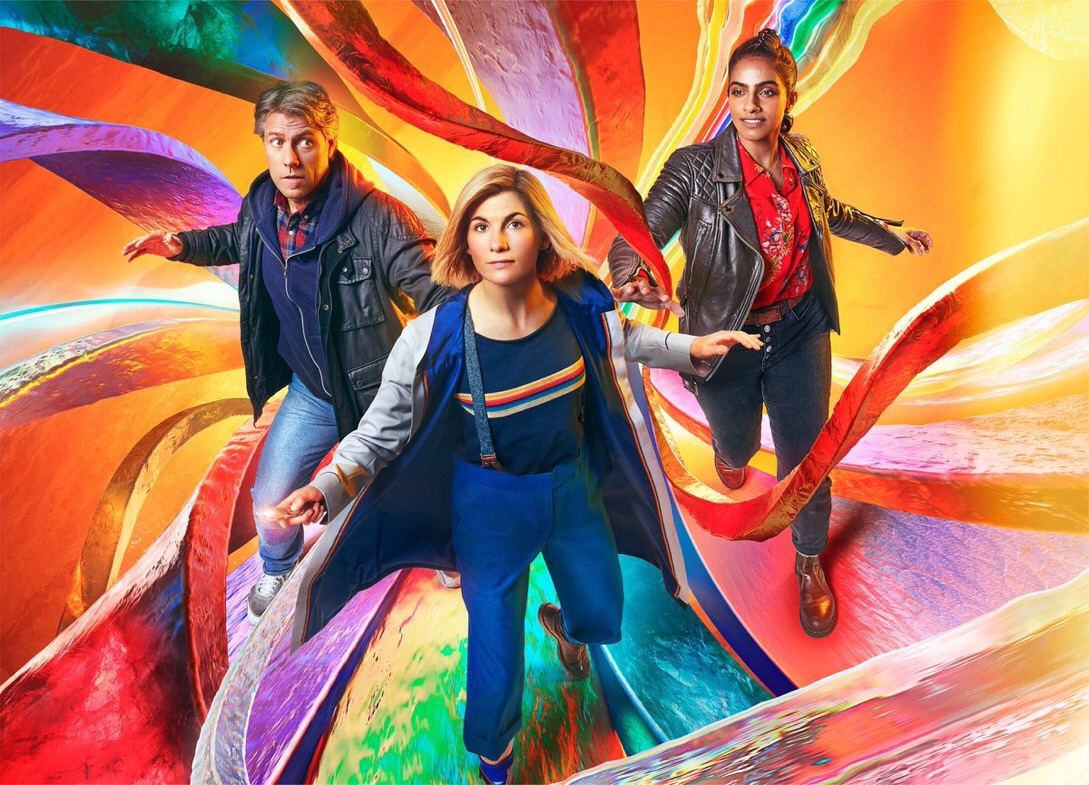 The lattes trailer was released on Graham Norton where Jodie Whittaker was being interviewed and although she couldn’t reveal anything, The trailer for Flux was released. Here is some of my thoughts.

The Doctor and. Yaz and handcuffed and tied to this thing we saw in the first trailer, but we see it explode as they fall out of the sky.

Lots of brilliant moments with Jodie Whittaker and Mandip Gill in the trailer.

We see a lot of the Sontarans as there is LOADS of them. I believe it’s the most I have seen in screen, not counting Big Finish just to be clear as I haven’t listened to any of those stories.

We see a glimpse of the returning Weeping Angels as a proper threat. I am interested to see if Chibnall can write them as well as Steven Moffat did in Blink.

Dan makes a few appearances in this trailer including him being a bit of a loveable pain. “Dan! Are you insane?” I just find him adorable so I am excited for him.

We are introduced to a number guest cast like Doctor Who veteran Robert McNally, Robert Bathurst aka Todhunter from Red Dwarf and new faces like Sara Powell and Annabel Schoeley.

We see a bit of Jacob Anderson’s Vinder and he definitely a intriguing character so can’t wait to see him.

Last thing is we are introduced to a number of new aliens, mostly threats but they do look dangerous

Here is the trailer! https://youtu.be/xDUvFdGu6JE

Here is 5 things that stood out for me in the trailer! https://youtu.be/fq2cYuLfwaA

What did you think about the trailer? Comment down below your thoughts!