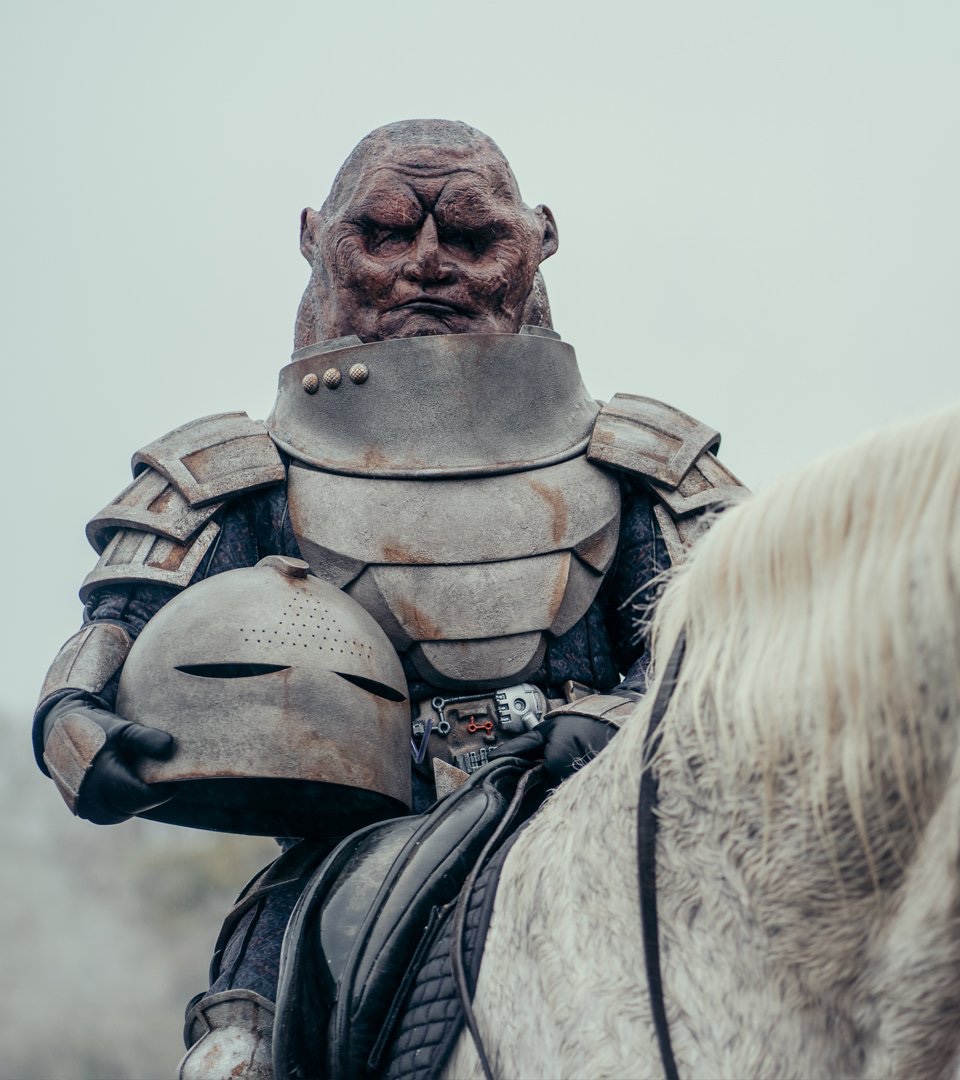 Our favourite potato aliens are returning and this time they are a threat. I will explain why…

The Sontarans are back to being Villany as the last few stories have just been all been Strax played by Dan Starkey.

Revamped back to Classic Era Design

The design harkens back to the classic series from metal armour and brown skin. I prefer this style because they are less of a joke.

Dan return to Doctor Who for the first time since 2014 when he played Ian the Elf in Last Christmas. He returns to his role as a Sontaran and was well known for being Commander Strax.

Colin Whyte from Two Doors Down as a Sontaran? Count me in!

It’s going to be great so see the Sontarans at war as it’s one of the things we have known since they’re first appearance.  Chris Chibnall definitely has the guts to do this as he is a risk taker.