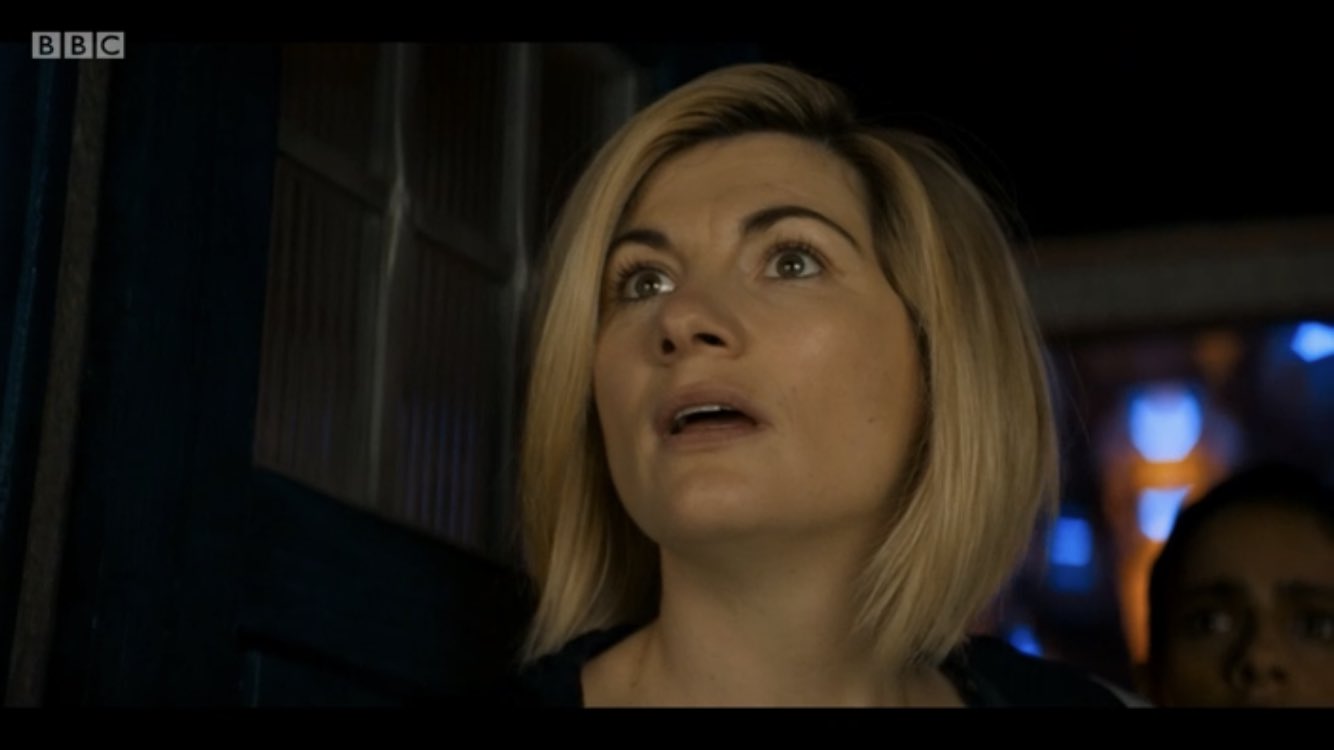 Doctor Who Flux has begun and it’s a good start for Jodie Whittaker and Mandip Gill.

We have the villainous swarm who “Renewed” himself by killing a division operative his sister Azure who wants hidden by something close to a Chameleon Arch, don’t know what actually is but it’s a recurring thing of Stenography. They are interesting and evil villains and can’t sit to see what heir problem is.

Something says something to me the Swarm and the Flux are connected way as they both disintegrate planets.

Bishop time. I think John is doing a good job. He feels human just like Yaz, Bill, Graham and Ryan. I do feel he might have not been done well and Chapter 1 but other characters have suffered the same thing like Nardole and Sarah but came back stronger. It’s not all over, its only just begun. If he gets more stuff, he should be fine.

I loved the whole real life stuff in the episode like the food bank and Diane as it made people be represented. My main concern with Diane would be what happens to her near the end, please don’t use as her generic I leverage as that’s the only major issue with Flux.

I love Craig Els as Karvanista. I just find him scary, threatening and lovable which is a good mix for a Dog like character and I love Dogs so that’s why HE stands out.

I GOT TO TALK ABOUT LA VINDER!

Jacob Anderson is definitely brining his own style to the show an he said we love Vinder, I  think he is right. I personally love his personality and his insult to someone.

These Legends have been this era’s strong point for the last few years and they’re still here hitting the right notes. Jodie has been consistent in her performance and still is. I feel this could be her best era as something is coming together.

Mandip has been eft out a bit in previous series and this episode finally allows her to deliver. WHY IS TAKING SO LONG? She reminds me and fans about Clara Oswald who I also love with the way she is acting. Will Yaz get reckless like her? Time will tell!

Chris Chibnall has stayed true to his word and is focusing on the Doctor finding out more about the Division. K-Tocs and En Sentac are operatives guarding Swarm when he kills En Sentac to rejunivate him and then kills K-Tocs. The fact is there is more to Division aks e feel we re going to get some good storylines from it. Also, Karvanista is also a Division Operative but has he forgotten like the Doctor has. Time will tell.

I feel the cliffhanger is quite good and definitely the bets we have had in years. With this, they got to avoid a snap copy otherwise it won’t work and old be CHEATING and that’s what they have to avoid as it does feel a bit marvel there.

I think is a good start with beautifully music and scenery and am intrigued to see what happens next.