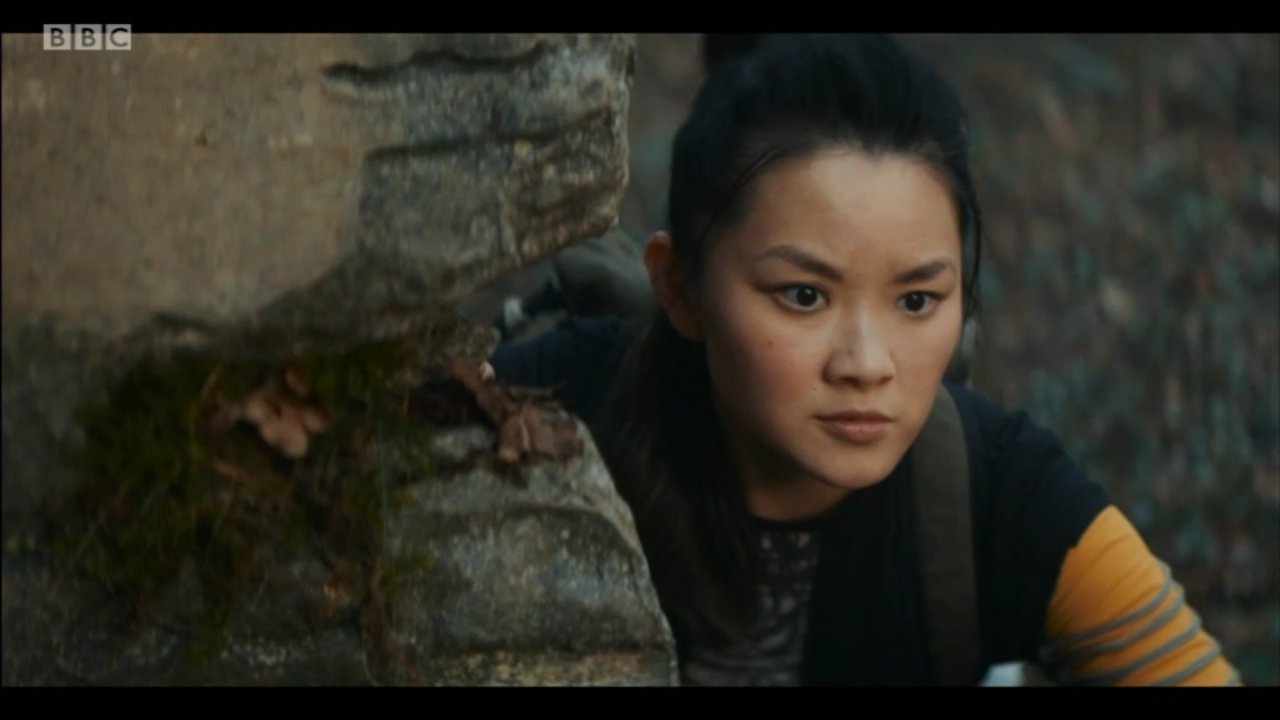 This episode was a risky one with a chance it would divide the fandom and it did.

I feel the story overall was a bit hard to understand but it will all make she see but I over and enjoyed it.

I felt my favourite moments were with Thaddea Graham’s’ Bel. She was the character I was more upped about in this episode and she delivered. I’m loved the way she narrated her first two scenes and her chats with Tigme. At the end, we know she is looking for Vinder because she is pregnant with his child which is emotional scene. I felt Thaddea stood out when took on the Cybermen on her own, it felt like a powerful woman defeating the enemy.

The whole thing with the Doctor trying to save Yaz and Vinder from being turned into mouri until the Mouri could come back was epic and totally Doctorly. I loved the bit where she was selfish wanting to know more as I understood she want to know her past. Sometimes, I feel people are either stopping her for finding out or protecting her which Is doing her massive disservice. That’s what makes Jodie Whittaker act more stronger when she is given this material.

Mandip Gill and John Bishop did well with what they given but they need way more. Chibnall, I am repeating myself now. If I want them to succeed, you got to include them more. I am starting to get bored of this.

I still like elements of them being part of the Doctor’s past and with Yaz in Vinder’s story too. It worked.

Jacob Anderson after a blip week came back stronger. I feel sorry for what he has been out off and to be reposted for doing the right thing when he didn’t agree with Grand Serpent. Similar to what Jodie played in Trust Me but a different story. Plus the fact he is in love with Bel makes him feel human in a way.

Swarm and Azure for me felt way too camp and bit too cocky but this was at his best this week. To see him face the Doctor in the past and present was cleverly done. What do they want with Diane? Is she innocent or is she hiding something? Interesting to see.

JO MARTIN IS BACK!

It’s good to see her return because I was worried she wouldn’t return. I feel that I am having more of a positive reaction now and that a good thing.

I am intrigued to see why Aswok is blaming the Doctor. I believe that the reluctance to work in the Dickson when she was forced is a reason but it could be entire different thing but the Division has really lost the plot. Wasted the Doctor’s lives which we as the viewer feel sorry for the Doctor.

This is definitely the best of Flux so far. If the finale has risks like this and hits, this could also do very well

Here is my 5 Favourite Moments from the episode