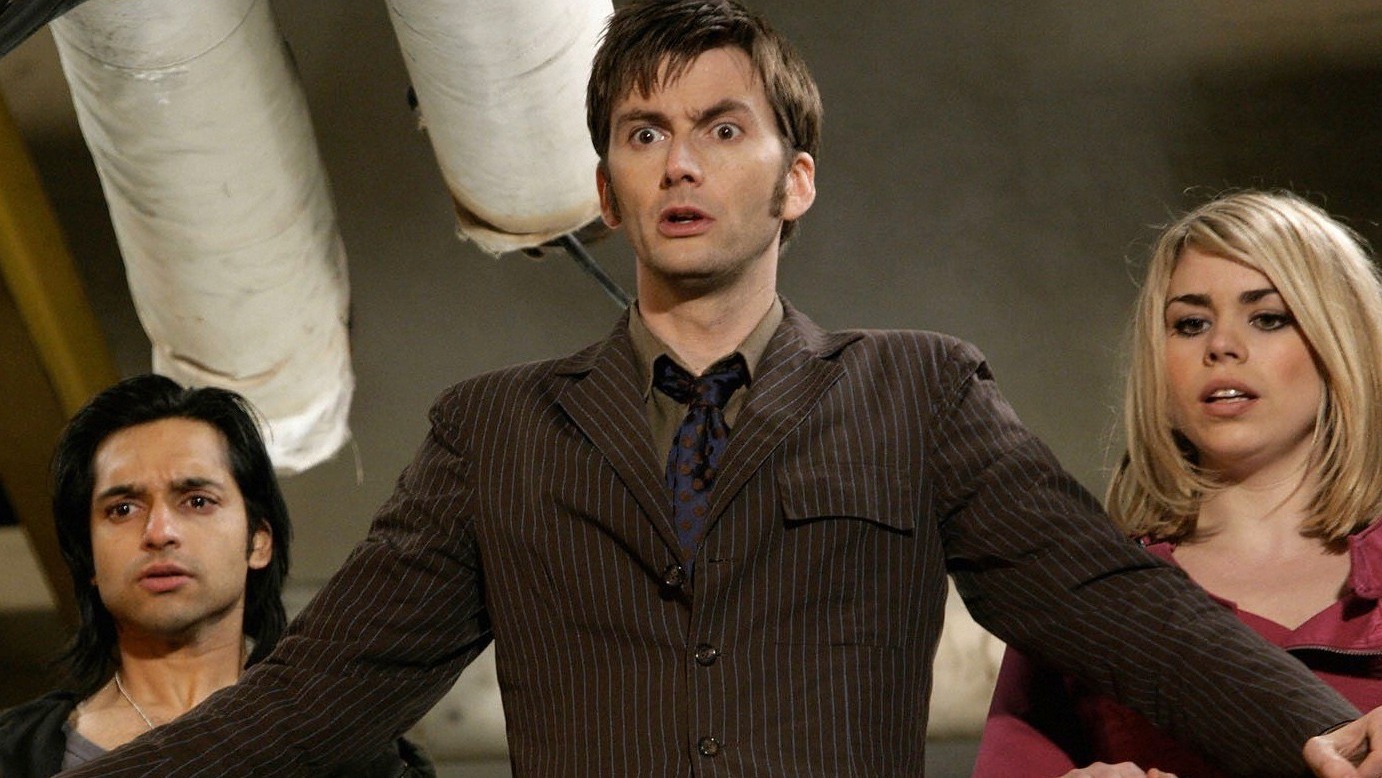 Happy Birthday to David Tennant and this positive review is dedicated to him.

S2 has good two parters and this is the best out of them all. The beast, Oood and a classic base under siege. What’s not to love?

I love the story so much. Its a good standalone to parter with the story arc included into ti. Torchwood and Rose’s departure (SHE DIDN’T DIE ACTUALLY).

Love the. TARDIS team. I do give them a bit of a complaint this series however, David Tennant and Billie Piper are better in this one. Love the splitting up and it helps Rose one one occasion become a leader which I have discussed in a few blogs before. We get a classic 10 speech when he faces the dreaded Beast.

I am a huge fan of the Ood and I love it when they are red eye as it makes them a threat but when they’re  not, I find them cute. Love the Beats possessing Archelologist Toby Zed and his demise is good cause Rose conquers here fears and defeat him by shooting the window and taking his seat belt off so they don’t have any more  threats. That’s another heroic Rose moment. The beast, also a good villain, the Doctor is forced to make another bad choice which the beast loves but it backfires in the end as we see the villain react dramatically and Ida Scott and the shuttle escape however the Ood are left behind and are killed (IT’S SAD THOUGH! THEIR FACES)

I want to make a point on the whole Ida Scott/Ood situation, he had a trolley problem which was which one did he chose, one important human or a slave race. He chose to save Ida over the Ood. It’s heartbreaking to let the Ood but there are too many and the Doctor might have not made it himself. The Doctor admitting he couldn’t save them in a sad voice actually worked and helped David’s performance.

My highlight has to be the whole thing where Rose organises the remaining members to fight and the escape the Ood and she become Docterly which gives her character a huge push from what we saw episodes earlier which show why Billie is a good actress. The escape scene is a scene that I love to watch, you have a range of emotions which makes its a perfect scene to watch. Love it!

I have a soft spot for Danny Bartock, the Ethics Commitee member and in charge of the Ood. I find him cute. First, he can be wimpy, next he is fighting the Ood. That’s development.

Love Zachary Cross Flane, a legendary Captain and proves  himself to be a great Captain. Ida Scott and John Jefferson are iconic too. Scooti Minister’s death is sad, she deserved better “SHE WAS 20, 20 YEARS OLD.”

LOVE THE REST OF THE CREW TOO!

The BEST 2 PARTER of S2 and written well by Matt Jones.