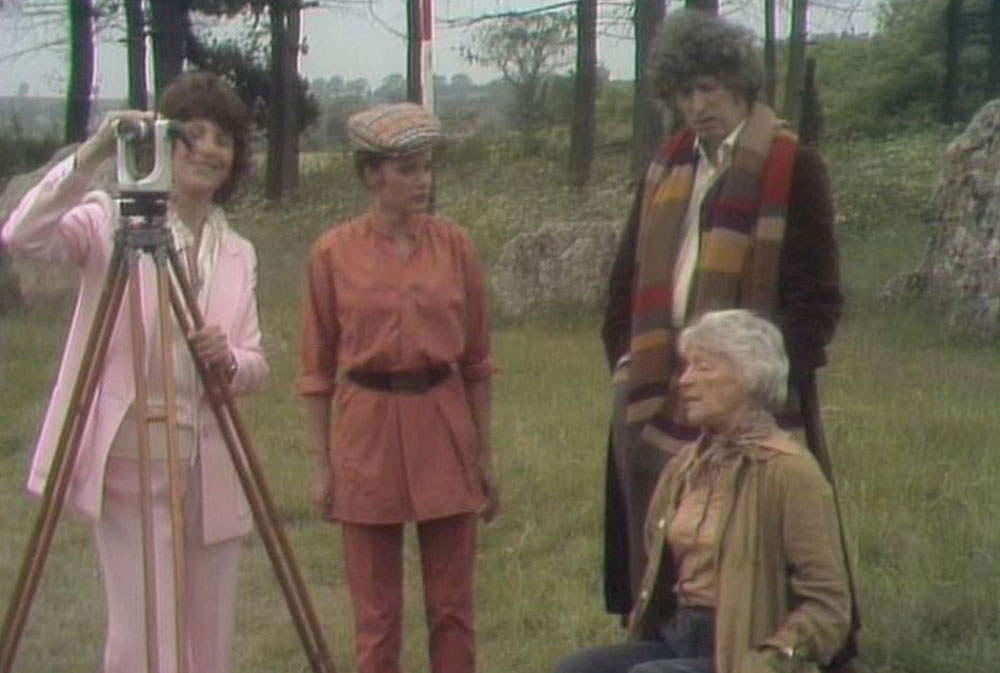 The Stones Of Blood is the 100th episode in the original run and third instalment of the Key To Time.

The plot is very interesting, the first half is Earth bound but then it mixes up with the Megara’s spaceship and Earth for the second half.

I love the chemistry between Tom Baker and Mary Tamm. The banter is comedy and their chemistry is point.

The fourth part is a great finale part with Tom shining when the Doctor is on trouble with the Megara which he didn’t even know. His attempts to delay the Megara to allow Romana to discover Vivian’s crimes.

The Doctor’s face in this dialogue is Picture.

“I am reaching her memory cells. This humanoid is not Vivien Fay. She is Cessair of Diplos. Wait. She is guilty of the theft and misuse of the Great Seal of Diplos. Also of removing silicon based lifeforms from the planet Ogros in contravention of article seven five nine four of the Galactic Charter, and employing them for her own ends.”

The Ogri were deadly villains as they can kill people who touch the by absorbing their globulin which we saw with those two unexpecting campers. I find it creepy but helps the villain stand it into their weakness was when they were hit by the Megara’s weapons and were scared by them which I like.

Cessair Of Diplos was a intriguing villain wanting to cause chaos and nearly succeeded when the Doctor manger to create a situation when the Megara could read her memory cells. If they did to early, it would have been too easy. That’s why the whole trial. thing is so funny.

My favourite scene is comedy gold when Cessair of Diplos is found guilty and her face is probably so amazing. The close up shot is definitely one of the best in the show’s history. The dialogue when Cessair is sentence is definitely a great piece of dialogue.

“Cessair of Diplos, you have been tried and found guilty of the following charges. Impersonating a religious personage, to wit, a Celtic goddess, for which the penalty is imprisonment for one thousand five hundred years. Theft of the Great Seal of Diplos, for which the penalty is perpetual imprisonment. The sentences to run consecutively. Have you anything to say before sentence is passed?”

I love that is finishes the first half of the Key To Time strongly.