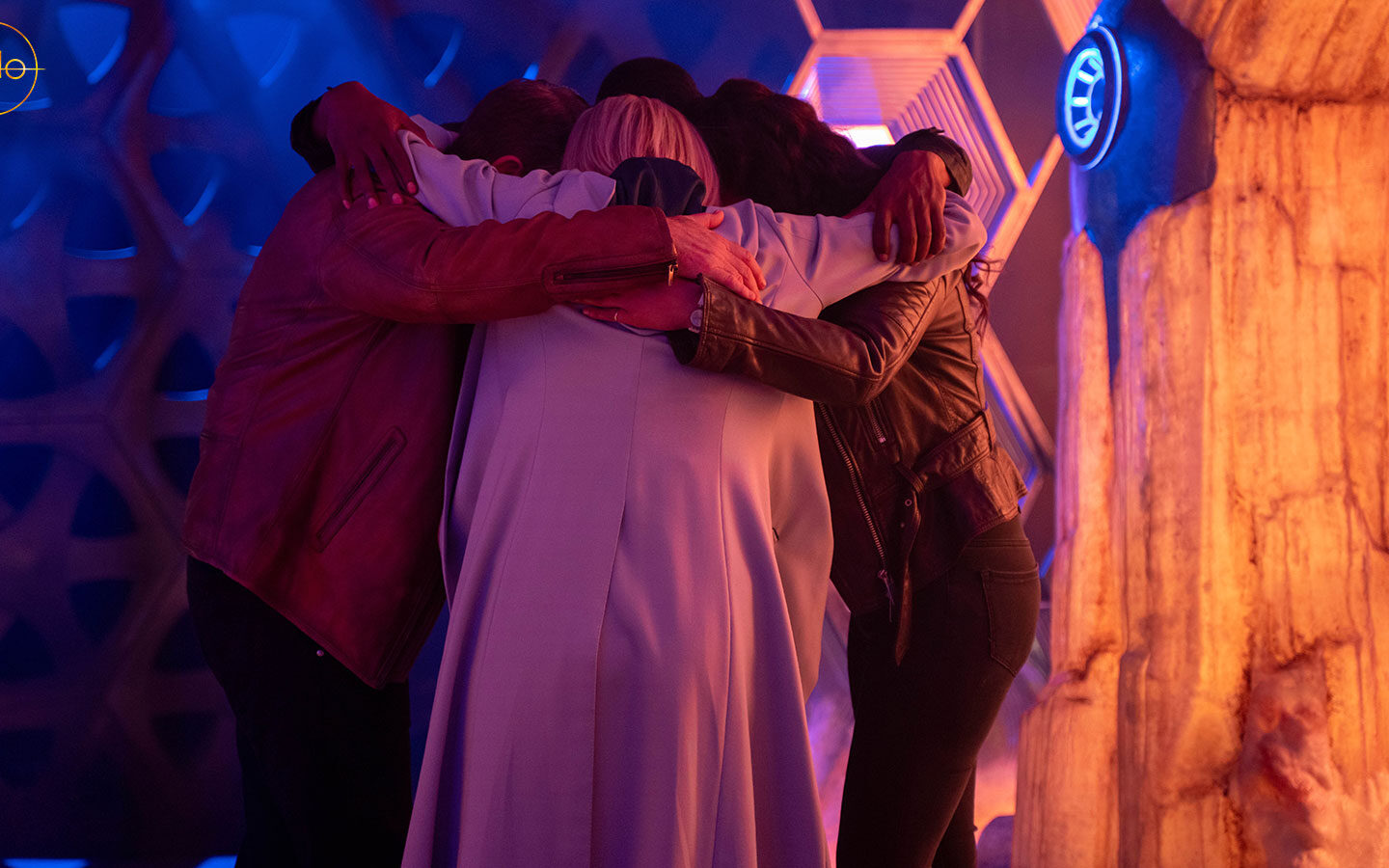 Since 2017, when they were announced, the Fam have always appealed to me and now it’s sad to let them go but this show is about change and we have to let them go.

I wasn’t a huge fan of the prison twist and ranted about it for months but thank goodness, I didn’t need to complain once.

As readers of this site know, I will often see a comeback or i be proved wrong and this counts for both reasons.

John Barrowman and Chris Noth came back with something different. Chris did what he neede to do to make Robertson his own character and they kept some of his characteristics but Robertson being annoying was handled better this time. With Captain Jack, I do have an issue with his sexual attitudes but John controlled them more this time and they avoided worries from the fans.

I was worried about what I read before but then, I was amazed.

I love the Daleks in this, they were deadly and the introduction of the Death Squad was amazing. Loved the designs & the sound affects off the extermination ray looked more deadlier and I enjoyed that.

I love the Fam’s dynamic and this what I will miss it as the final scene together is so emotional as it shows how much the Doctor is going to miss the boys and I love the fact she is upset about being late as it shows she does care.

I think the highlight was them all having their moment and it helped their characters as they knew who thy were or what they wanted and it comes across to me.

I will miss Tosin Cole and Bradley Walsh as I relate to their characters a lot and their exit was the most emotional I have been about an expert.

My favourite special ever and job well done by Chris Chibnall.