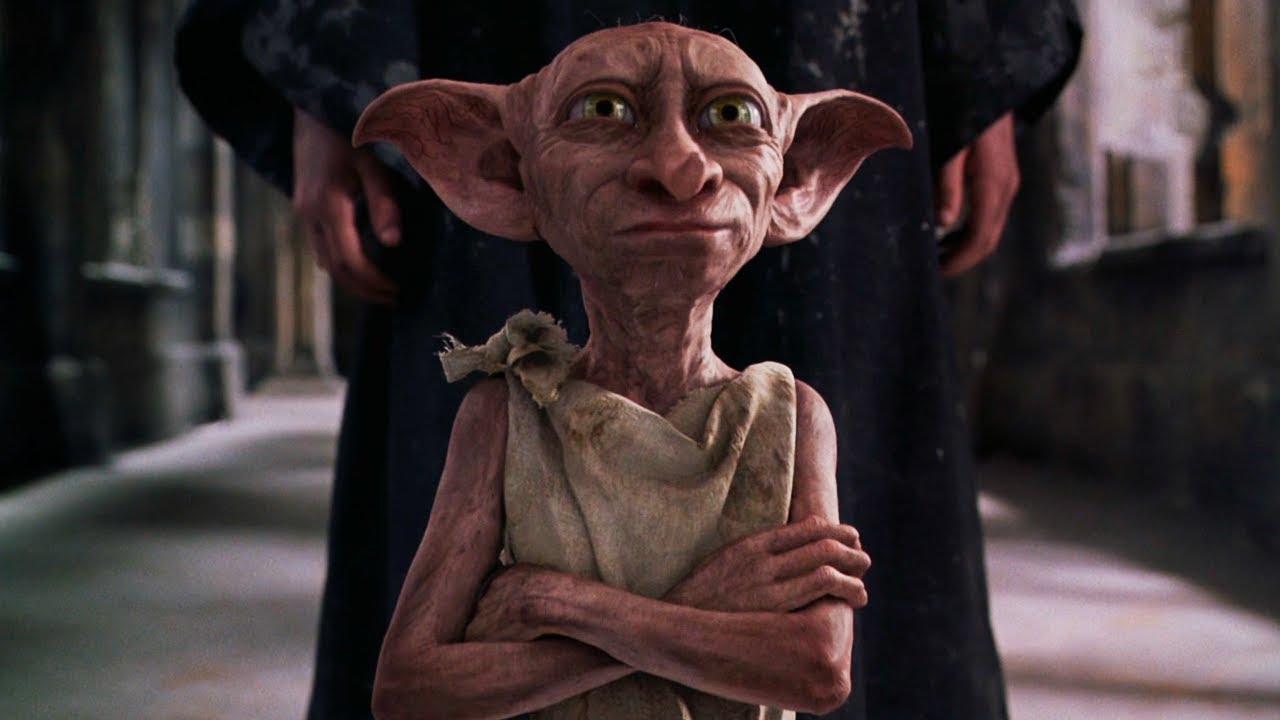 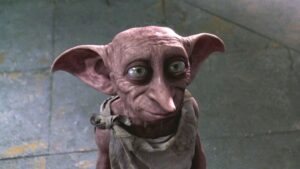 Dobby is very important as he cares about Harry Potter , as he once attempted to send Harry Potter home during the chamber of secrets incident but later protected. Harry who freed him after discovering Dolby was treated badly by his owners who attempted to kill Harry from freeing his servant.

Dobby helped Harry before the Second Task of Triwizard Tournamnet even though he was used by Barty Crouch Jr to ensure he won the Tournament to help Lord Voldemort return to power.

In Harry’s fifth year, he managed to give Harry help to find t eh Room of the Requirements  and later warned Harry that Umbridge and found about the DA thanks tot he treachery of Marietta Edgecombe who got cursed because of her betrayal.

When Harry was suspicious of Draco Malfoy, Harry recruited Dobby and his arch nemesis Kreacher to spy on Draco Malfoy.

Unfortunately Dobby died when rescuing Harry and friends from Malfoy Manor after being killed by a knife. Bellatix Lestrange threw a knife to stop the escaping but Dobby managed to apparently them to Shell Cottage and died in a Harry’s arms. Harry relayed Dobby’s kindness by burying him without magic.. 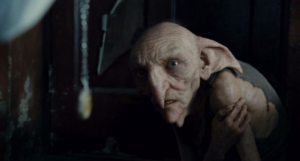 Kreacher  served the noble house of black until Sirius’s death where he came into the service of Harry Potter and worked in the House elves Kitchen.
Kreacher had a secret and when Harry asks about the closet, he reveals that he was used to hide the locket in the first place and suffered badly but he came back on his Master’s orders. His Master died after discovering Voldemort has created a Horcux and went through the hiding places defences and set Kreacher back. Kreacher had attempted to destroy it it it was stolen by Mundugys Fletcher whom Harry had ordered Kreacher to find and bring to him where he revealed that Dolores Umbridge had it.

Kreacher fought in the Battle of Hogwarts and survived leading the Hogwarts House Elf’s for his Masters.

Winky
Winky was the Crouch family House Elf and was saving her Master a seat at the World Cup but in fact it was his son. She was knocked unconscious and found with Harry’s wand which conjured the dark Mark Alan’s among with Winky was falsely accused of conjuring it. Because of this, Winky was dismissed from her Masters.

She also met up with Dobby and the found work in the Hogwarts Kitchens and because she was still unhappy about being free, still protect her masters and end up defending him and a secret she couldn’t tell.

After Barty Crouch Jr was revealed be still alive, Winky tried to stop him from confessing everything and learned her Master was killed by his son.

She fought in the Battle of Hogwarts & survived & her life got a little better.

Hokey was Hepbeziah Smith’s house elf till she was killed by Tom Riddle & Hokey was framed for her Mistresses Death.

Later years, Dumbledore visited her to extract her memories from Tom’s visits which would later help Dumbledore and Harry on the horcrux hunt.

I think they are important as they have a strong bond to their masters like Winky and Kreacher and the majority and a few like Kreacher and Dobby help Harry-in throughout the series.

Do you think house elves are important, comment down below your thoughts.