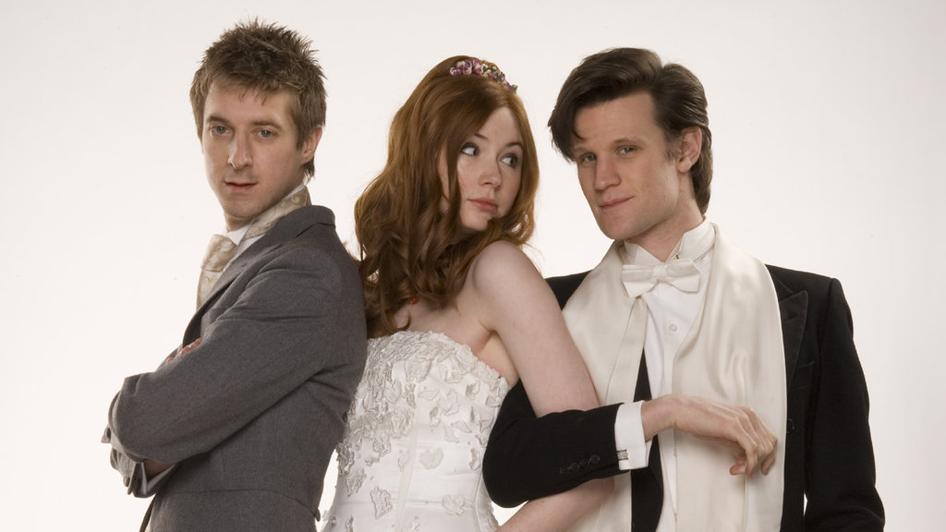 12th: The Wedding of River Song

The episode where we find out the moment we were dreading until our favourite time lord faked his own death and married his well known love interest in River Song. I loved this episode as we see Amy take action in a alternate timeline where she kills the mad Madame’s Kovarian for her crimes against her and River. Alex Kingston gives a strong performance in this episode.

11th: The name of the Doctor

A episode which was alright but I do think Clara should have be one person but it’s shows her potential for later series. A bit disappointed on how River was written but her next episode would change things. The late John Hurt marks a surprise appearance as the Doctor which doesn’t lead in to the 50th which should have done. The villains weren’t great but overall, a great try.

I had high expectations but unfortunately I had to dock points off for the treatment of Bill and wasn’t happy that she was already kind of killed in Part 1 and in both stories, bad characters which unfortunately included the Simm Master and it didn’t feel a good teamwork ep and it was at the wrong time. The final bit of criticism is the exits of companions and it just was not great that I have seen before and the weakest of a companion exits of the finales with have seen so far. The best bit was of course Peter Capaldi and for me he was the star and never set a foot wrong and showed how he developed through the series and the music when the Doctor lies dead made me  cry once so that is an affective piece. A great cliffhanger I blame the media for ruining John Simm’s and David Bradley’s appearance before these episodes.

I love the first part as we see a parallel Donna struggle with life until Rose Tyler shows up and helps her and we also meet Captain Erisa Magambo who would later return in Planet of the Dead. I do love the final two parts villain which is the return of Davros now played by Julian Bleach. My issues is although it works and it merges the spin offs, I do question if there was too many people having a lead role but I do think Rose Tyler should not have been in the final two parts and they should have done the regeneration but it does cover up something later in Matt Smith’s tenure.

I loved this episode as we saw John Barrowman return and the Master return as Derek Jacobi regenerates into to John Simm who would play the role for a few episodes. The Face Of Boe said in Gridlock that You Are Not Alone before he died. The Master is revealed to be Harold Saxon who had been mentioned throughout the series and takes the Jones family away to ensure his plan but in the end of the second episode out of the Master ages the Doctor who he also keeps along with Captain Jack whilst Martha narrowly escapes and formulates her plan to stop the Master and Lucy Saxon  kills the Master who later returns in a episode that I have absolutely dislike. This episodes show that Martha is a great companion who deserved a better series.

Series 2 is my least favourite series however I totally love this episode. Daleks vs Cyberman go against each other in a big way. It was so cool and using the storyline was a bonus. My only deduction was due to Rose Tyler and it just makes me feel that she is selfish and wouldn’t not leave the Doctor until she wasn’t nearly sucked in and her parallel Dad Pete saves her but couldn’t bring her back and that’s why I don’t feel the iconic goodbye scene which is sad.

The Ninth Doctor had a brilliant series even though there was one episode that I didn’t like which is a Father’s Day as I felt Rose was annoying me with her crying. The finale was amazing and we meet the Dalek Emperor who is determined to take over Earth. Great re-use Satellite Five. People think the best finale ever but there is one that I think it’s better. Its a shame Chris Eccleston didn’t stay but he set the mark for David Tennant who did amazing and this remains Russell T Davies highest placing in my finale rankings.

Matt Smith is one of my favourites and his first finale was one of the best. The Hat gags (Moffat was always going to kill the Fez) were amazing. Alex was so great and so was Karen and Arthur. Miss those guys but they all started something special in this decade. I love the cliffhanger which would later be in an episode with Peter Capaldi and Jenna Coleman in 2014 and would become a hit episode for me.

I love this one. I like the loyalty between the team and Graham’s dilemma ends in the right way as he doesn’t kill Tzim Sha despite shooting him in the leg and help from Ryan who has accepted him as his Grandfather. The only issue is it’s a bit weak but I still love it but I get why people aren’t happy with it.

Part 1 is emotionally effects me when we get to Clara’s death as it so beautifully done and that is why I miss Peter and Jenna so much and that kiss on the hands is so good.

Part 2 which I call the one man shows where Peter impressed me with all his scenes and shows how much he grows and that is how I love his Doctor so much.

Part 3 is the weakest but it’s does have beautiful moments. I do agree what the girls from the Time Ladies say about Twelve killing a man as he would never done that but it’s his own races fault he was stuck in the confession dial cause they just wanted answers but he didn’t want to lose Clara so that is why he did it. I do think maybe Clara should have stayed dead because it also takes away that we saw in the episode that killed her off but I do have emotional connection to her exit. Also, the time Lords did annoy me but Ashildir didn’t and was better that she has been written before.

This episode is a crucial development in Doctor Who History as we first saw evidence that a Time Lord can change gender with Missy who was called Master in the past. She was played by Michelle Gomez. Personally, I think Danny Pink got a good ending and it was the best decision for the character to leave. This was the episode where the Doctor finally knew if he was good man or not! One of the more stronger storylines of the Twelfth Doctor era. Using the dead as Cyberman was a bit copycat from using the ghosts as Cyberman but using their actual dead bodies was different but I liked it when other didn’t!

1: Ascension of the Cybermen/The Timeless Children

Apart from the TTC cliffhanger which is in limbo depending on how Revolution of the Daleks goes. This is what I love about the finale. I feel it was a step up and it really felt emotional breaking point which has worked for several finales. Jodie Whittaker was at her peak and I can see the special gives her more of a lost and this is what happens when you improve a series. Well done everyone.