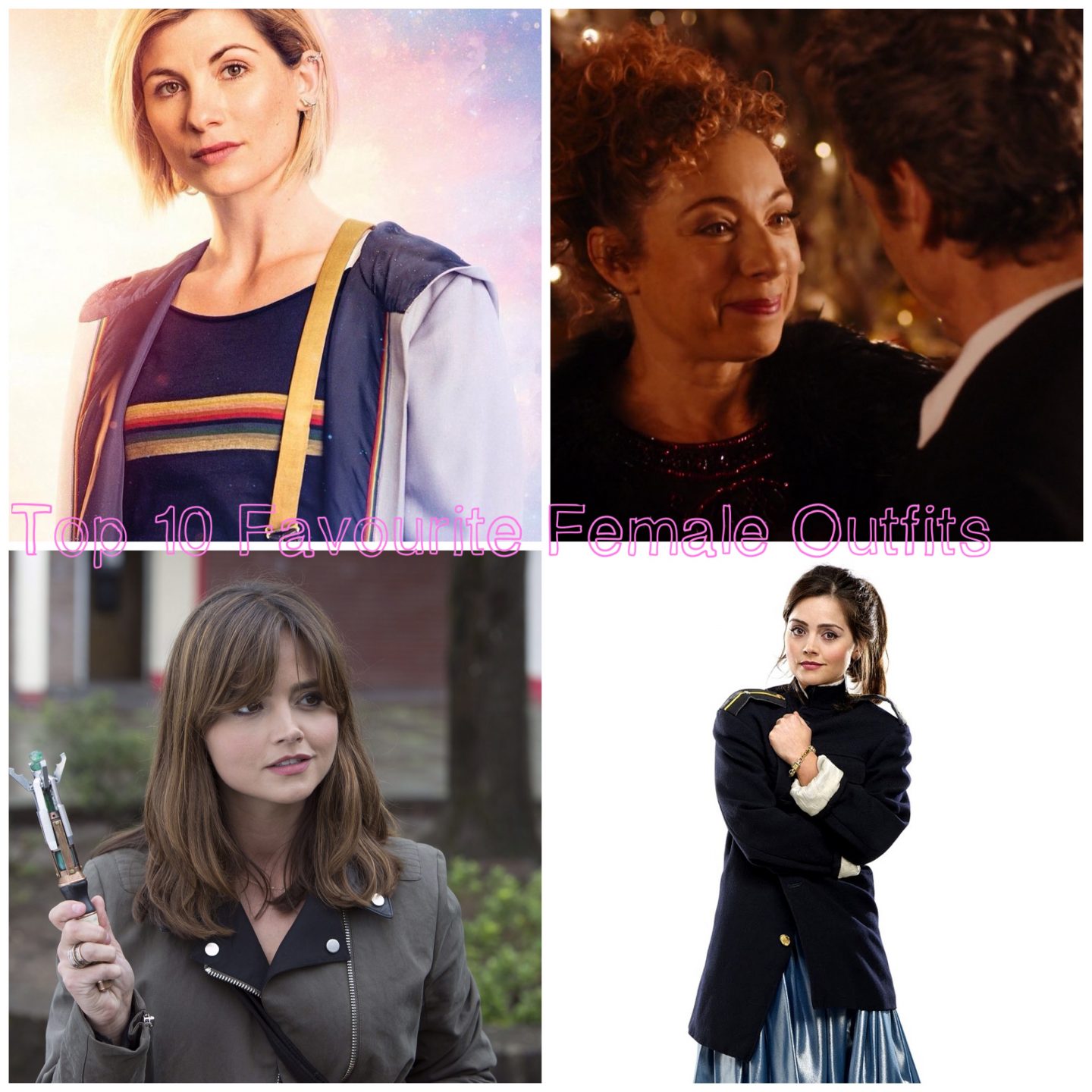 Hello and I am bringing back Leigh’s Rankings as I want to share my Top 10 favourite female costumes on the show and I will do the same for the males as I love their clothing too.

Here are the honorary mentions

The dress on its own is only seen for a few minutes a she is knocked out and someone places a coat on her before she wakes up. I love it no matter what and she looks like a popstar and incense againfitting for her first past episode even thigh she wasn’t going to the past.

It’s growing on me and hopefully We will love to by the ends of S11 but it’s looks so good on Jodie and I will be one of her supporters throughout.

I love the look and it does remind me first Jodie Whittaker Who is now  the Doctor and it’s more Clara’s style than the dresses she wears.

I love it as it suits River and it especially for a magical scen and it stand out with the lighting which is quite bright.

Another dress that I love, River is like a warrior and it stands out when she defeats the silencers Silence  on their spaceship!

My favourite River outfit  and she rocks it when she shoots the Doctor’s Stetson off when she first appears in it. I love it and can’t stop saying good things about it

Unique outfit and different for a Victorian era and suits Yaz and especially for running from Skithra.

Only seen for a minute but for me it’s looked good on Amy  but we deserves to see more screen time for this dress.

i love this dress as it fits the period well and probably my favourite historical dress of all time. A green coat that fits over a pink dress and a white scarf to go with it. Cue look for Bill and it’s her first trip to the past and I love the look.

Barbara wore this jumper for the majority of her times on the show and was first seen in it in th edge of Destruction and wore a black jacket that went well with it, after that, she wore it on its own with the exception of the Dalek Invasion of Earth where she wore a blazer for a bit of the episode with the classic Dctor Who look. The reason it’s has its name as Ian called it her battle jumper in her final ever episode the Chase.

A grower on me with this outfit and it suits her with the blues and the browns. Lov Yaz in it. Just so cute.

Clara comes back after a disappointing ending last episode in a dress. She outdoes Donna Noble and goes for a fashionable bob hairstyle. She comes back with a style to remember and I have seen many fans cosplay this style and definitely look as cute as Clara did. Great job girls!

I was emoted and this is my favourite  pice of clothing for a female character. Different and unique and borrows aspects from other Docotrs makes this a amazing outfit.