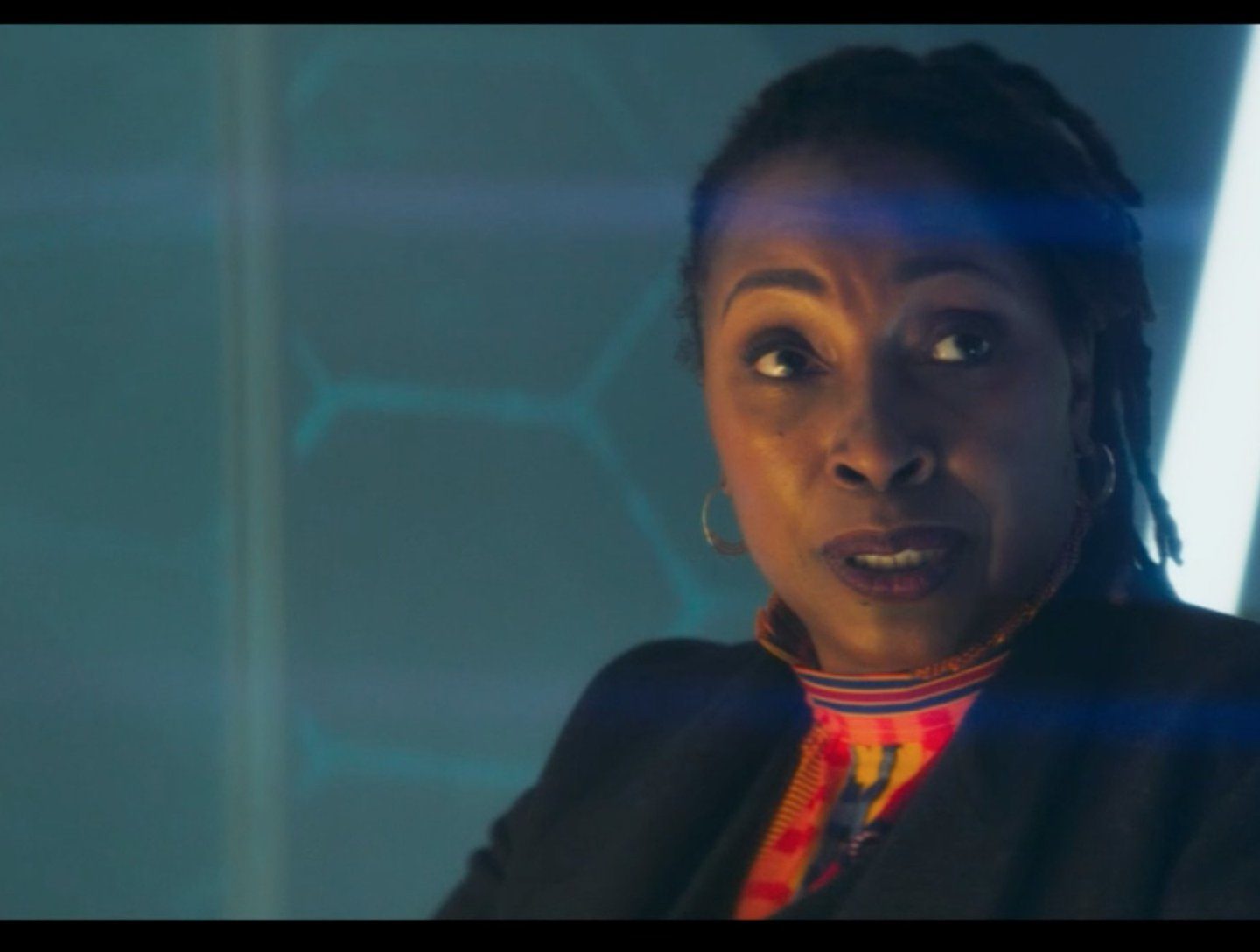 Jo Martin is the FIRST Black Doctor and this is history but is the Ruth Doctor in the same timeline as the Doctor or is she not the Doctor or an alternate version? This is all a mystery for NOW!

Jo was amazing. I had been suspicious since filming and then at one point in the episode, I thought it was Niel’s Stuke’s Lee when we first sae the picture but then I realised, it was Ruth, I thought she was the Rani at one point but when she revealed she WAS the Doctor, I was like WHAT? I think things are coming clear to me now and it’s taking to time to process what I saw but I feel there is more to this as she has a Gun and a job so I am suspicious and looking forward to seeing it continue. Neil was great too but I am starting to convince there is more to this and I am ready.

I have no problems with my Doctor. I feel Jodie Whittaker has been the Doctor relating to the most and I am stating to feels something that I haven’t had before and I feel more emotional along side with Jodie which is a good sign. Her vulnerability is really important as she is scared of the Master especially after her first defeat and finding the truth of Gallifrey. I have never seen that with the Doctor so that’s good.

The companions don’t have much but this a Doctor centred story but they do have a purpose to pass on a message by none other than Captain Jack Harkness. They worry more at the end when the truth they have been forcing out of the Doctor comes to life and it shows that they care more for her and WHERE IS THAT HUG? WHY? I am sure there is a reason but I feel I am missing that connection but we will see.

JOHN BARROWMAN IS BACK and he is still the same person we saw in End of Time Part 2 which was my last viewing point but I know Doctor Who fans who love Torchwood would have seen him in the Miracle Day finale, The Bloodline. I loved Jack and I think the return came at the right time. He thought Graham was the Doctor which is the recurring gag in this era. I loved John back and I want him to meet the Doctor but who knows as Chris Chibnall is very secretive.

The Judoon and Gat were interesting villains as they were hunting for lee and Ruth. Gat was entertaining and I like that but I think there is more to her too. The Judoon Captain Pol Con Don was named after Doctor Who fan Paul Condon who sadly left us last yer and I am glad Chris did that because he knew Paul and I think it’s nice touch. The Judoon as usual were cataloguing humans but this time they stamped the hand rather than mark a cross on the hand. I liked the new additions and they were a more of a fleet which was quite entertaining.

What consequences would happen if the Doctor deals with the Lone Cyberman?

Its interesting because one of the trailers, the Doctor says, “Sometimes, I can’t win,” makes me realise there’s is going to be consequences.

I think this is going have consequences in S12 but i think the episode did it’s job and I loved it. Keep it up as I am enjoying this series