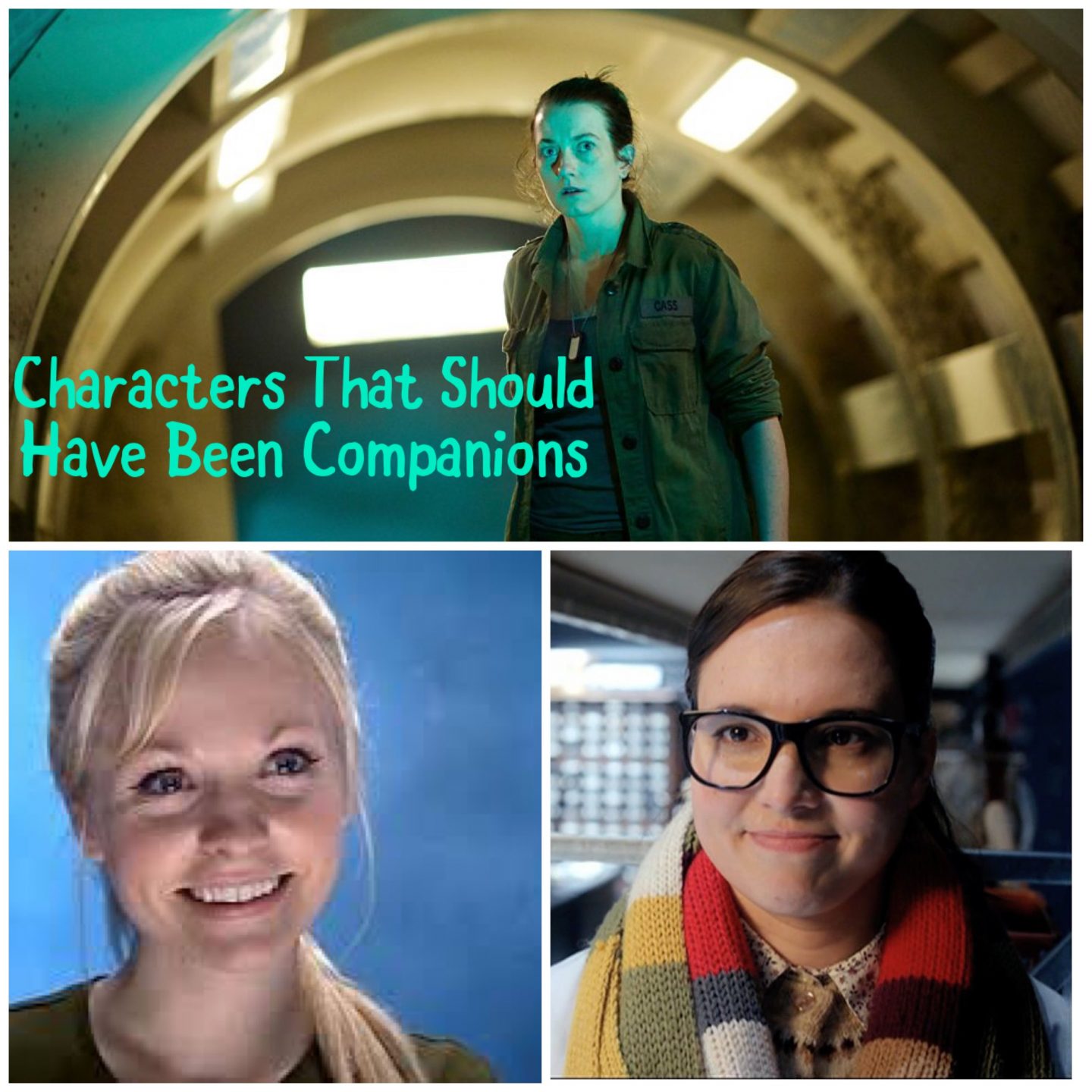 I am going to discussing the characters that should have been companions that were never were. Also, I am going to share what Whovians would have chosen to be a companion

Guest characters are only seen as just one story characters but sometimes, you just wish they were companions. Four female guest cast would later play companions btuas a different character, these are Lalla Ward (Romana), Freema Agyeman (Martha Jones), Karen Gillan (Amy Pond) and Jenna Coleman (Clara Oswald). So people played a guest cast but their characters  would later return as companions, these are Catherine Tate (Donna Noble) and Matt Lucas (Nardole).

But some guest stars or characters are often considered being a companion but ended up not being one. If Catherine Tate didn’t come back in Partners In Crime, the companion would have been called Penny but the character later became guest star Penny Carter played by Verona Joseph and her character was often placed in danger and later was going to report the Doctor Donna for “Madness”. Some characters wer later consisted for companions but were later rejected, these were Sara Griffins who played Ray was later ruled out in favour of Sophie Aldred who played Ace and Faye Marsay who played Shona as Jenna Coleman decided to stay for one more Series and exited at the end of the series becoming the first revival companion who had being its previous Doctor to stay with the recently regenerated Doctor for more than one series and this was the first one since Nicola Bryant who played Peri Brown in 1985 and 1986. In my opinion, I am sad these guys missed out but Jenna and Sophie did well and helped bring out their characters well.

The sad thing is that some companions die for they get the chance to travel, this consists of Jo Joyner (Lynda Moss) and Kylie Minogue (Astrid Peth but she kind does get to a stardust) and Sophia Myles (Reinette). I would have love to seen them and for me I think I prefer Lynda and Astrid as they both had companion qualities over Reinette and both had tragic deaths.

I asked people on twitter to choose which character that wasn’t a companion that they would like to see and here are a few.

She had a lot of knowledge. I also think it would be very surprising and fun to see her interract with people through different times as she has probably already lived through that time. + Maybe she has connections and friends they can meet up with along the way.

It would have been great to have somebody travelling in the TARDIS who knew quite a bit about aliens already, maybe even coming across aliens that she knew about but the Doctor didn’t, so it’s the companion acting as the Doctor in a way we haven’t seen before.

Cass from Under the Lake because I think it would’ve been interesting to see how a disabled person might’ve reacted to everything that the Doctor does.

Really good bc she’s Donna-esque + was in Game of Thrones so could’ve brought some good-ish ratings to the series.

Jenny (doctor’s daughter) should have either been a companion or a recurring character. I think she would have had an awesome dynamic with the doctor and would bring her own “almost doctor” to the show.

Thank you to the people who got involved.

I would have chosen Erica played by Rachel Denning from Pyramid At The End Of The World as she is calm in a crisis situation and was to work out the threat the Monks on about. She would have been a great addition.

So that is it on this characters that should have been companion and hope you enjoy this look back and thank you to the people who commented!